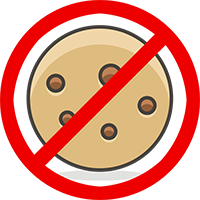 The Last Kingdom's first two seasons made by the BBC were jewels. Very close to the initial story written by Bernard Cornwell who, as a historian and a fan of C.S. Forester (Hornblower!), felt the urge of telling historical tales in an entertaining way, in an attempt to teach the Britons something about their past. Thus doing he never swayed far from reality. He even gave Uhtred, main character of The Last Kingdom, the very personalia of his own ancestor.

When Netflix took over the task of making this beautiful series, it soon went 'over the shark'. The faithful correspondence with both Cornwell's tale and historical reality loosened up in a manner that makes me cringe, even as the monotonous sound that never ceases to accompany the images and the abundance of truer than life, ghastly atrocities. All for dramatic purposes, no doubt. And the increase in viewers that goes with it.

I particularly mourn the fierce Aethelflaed, daughter of Alfred the Great, sister of the Wessex king Edward and wife of Mercian king Aethelred (a surprising lot was called Aethelsomething). At first we see her bold and courageous, walking with a sword stuck in her belt, battling first row alongside the bravest of men. But soon she is confined in a little property of her own, far from the court of Mercia.
In reality, she was always a true ruler. Even when her husband was alive, they were a well functioning team. She definitely mingled with affairs of the state (charters signed by her hand to prove it). At that time (9th century!)  it was not that normal for a woman to rule in England (or what went for it). In Wessex, where she came from, it was absolutely not done. But in Mercia there were precedents, and she did have Mercian roots, a Mercian mother even, who however, married to Alfred of Wessex, was never allowed to officially do so herself.

Aethelflaed's husband's health deteriorated so much that for years before he died, she was the one holding the scepter. Caring and just, she was much loved by her people who called her Lady of the Mercians. She worked relentlessly, in cooperation with her brother Edward king of Wessex, to reinforce their lands against the ongoing intrusions of the feared Danes, having fortresses built all over the place.

I am not happy seeing Netflix picturing her as a helpless nobody at the time of her husbands death. As if he had been the sole leader, and that his disappearance created a power vacuum in which all kinds of sharks greedily plunged. When in reality, she naturally went on with her task, unchallenged, and continued to do so for almost a decade. There was no succession problem there.
For their daughter, other story: a few months after Aethelflaed's departure, she was removed from her throne by her uncle Edward, hereby annexing Mercia.

But that he never dared to do as long as Aethelflaed was alive.

I love this story with all my heart and wish Netflix had the guts to promote it as it truly was, presenting millions of girls this example of feminine deeds and expertise whence they could draw courage for their own actions, as it is absolutely romantic, and would fit the needs of an historical movie to perfection.

She drags herself through life, fitting yet again another same day to the string in a perpetuum mobile of brain killing routine. Then her well to do brother suggests paying for a so called night nanny....

Love is what will heal the world....

You, foreigner in the Netherlands, for sure will have heard of haring, this little fish the size of a sardine, which the Dutch prefer to eat cold, and raw. Because they are not totally nuts they season the small corpses with pickled cucumber, called zuur, and raw onions, called ui. What you p...